Twenty-five years after the 'Bite Fight' that left Evander Holyfield without a piece of his cartilage, Mike Tyson is marketing ear-shaped edibles. The weed gummies are shaped like an ear with a cut out where Tyson, 55, bit off a piece of Holyfield's ear during the infamous 1997 fight that cost the undisputed heavyweight champion his boxing license and a fine upwards of $3million.

In reference to what became known as "The Bite Fight" against Evander Holyfield, Tyson's cannabis brand, Tyson 2.0, announced a new product: ear-shaped edibles called Mike Bites — complete with a missing chunk. Mike Bites ears have a bite mark at the top of the gummy, right where Tyson took off a piece of Holyfield's cartilage. The company announced the product Tuesday on Twitter. It has Tyson's approval, too. Responding to a tweet about the new product, Tyson said, "These ears actually taste good!" 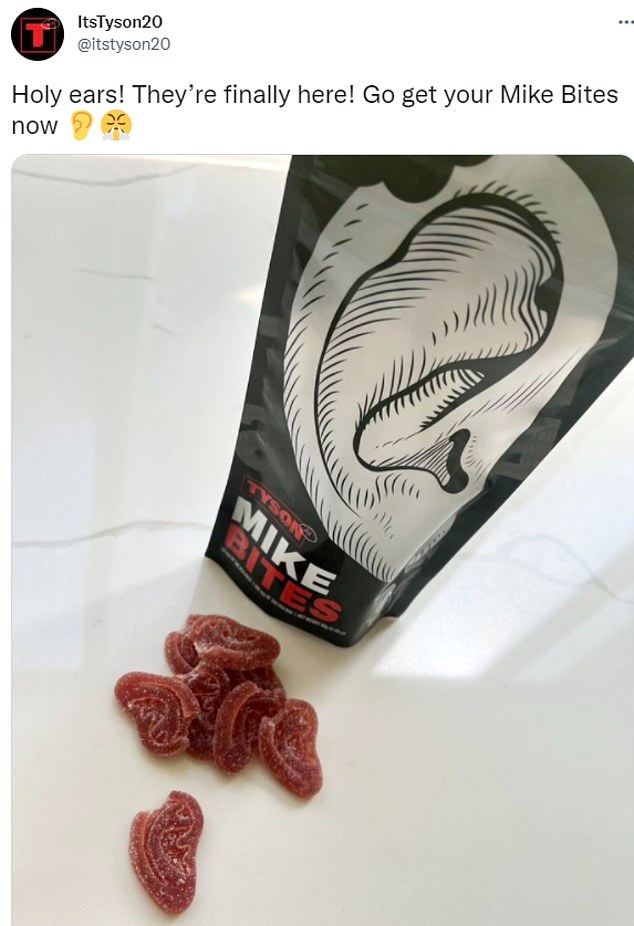 The company also plans to launch its products in Michigan in the near future.

'Eventually, Tyson 2.0 plans to offer the premium marijuana flower at more than 200 retail outlets across [Michigan] and introduce other products like edibles,' the Michigan Marijuana Report wrote.

The 1997 match resumed after Tyson bit off a piece of Holyfield's ear. But Tyson was eventually disqualified and his boxing license was revoked after he bit Holyfield's other ear. He was fined $3 million.

The former opponents appear to have reconciled. In a 2019 episode of the podcast "Hotboxin' with Mike Tyson," Holyfield said he "forgave" Tyson, and Tyson pitched an ear-shaped candy to him.